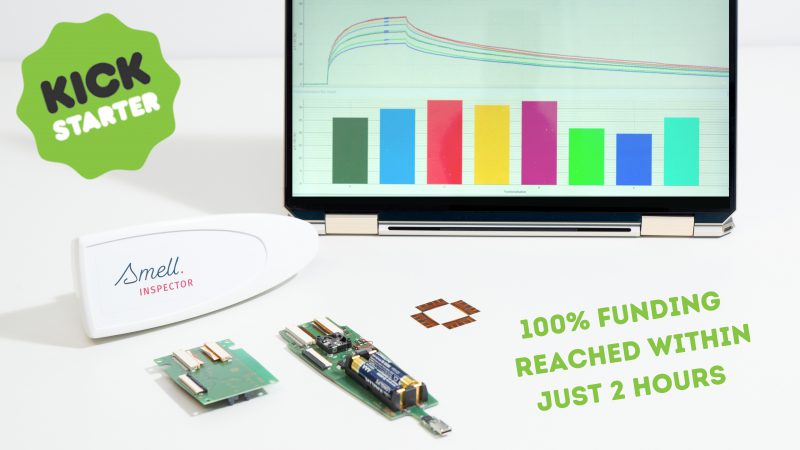 Dresden, 02/10/2021 – Dresden-based deeptech startup SmartNanotubes Technologies has raised 66.000 dollars for its digital nose „Smell Inspector“ just twelve hours after launching a crowdfunding campaign on the Kickstarter platform. The Smell Inspector is a developer platform and end-user gadget in one and uses the nanotechnology based Smell iX16 odor detector chip, which the founding team around Dr. Viktor Bezugly and Dr. Birte Sönnichsen developed over years of research. The chip is significantly more sensitive, smaller and more energy-efficient than conventional gas sensors. In addition, the chip can be produced much more cheaply and in large quantities.

Protecting people and the environment

The technology will be used e.g. in IoT systems and smart home devices to protect people and the environment from hazardous gases and substances. The Smell Inspector platform is compatible with single-board computers such as Arduino and Raspberry Pi and thus offers a broad range of applications for developers. With the help of the crowdfunding campaign, SmartNanotunes aims to build a global community that will crucially advance machine smelling. The developer kit available on Kickstarter also includes the specially developed AI based software Smell Annotator.

„With the Smell Inspector, we enable developers, researchers and tinkerers to finally give machines a sense of smell in addition to a sense of touch, sight and hearing,“ says Dr. Viktor Bezugly. „We are very happy about the support we have already received in the first hours of our Kickstarter campaign and look forward to advancing smart smell sensing in big steps together with the community,“ Bezugly continues.

Together with the users, SmartNanotubes wants to build the world’s first smell database. The Kickstarter community can voluntarily participate in this research project. The more data is fed into the AI software, the better it will learn to identify odors of individual substances, even in different compositions.

The Kickstarter campaign runs until March 11, 2021.

The start-up company SmartNanotubes Technologies was founded in summer 2020 by Dr. Viktor Bezugly and Dr. Birte Sönnichsen together with two other colleagues in Freital near Dresden as a spin-off of the Life Science Incubator Saxony. With his team, Dr. Bezugly had previously spent several years on the development of a smell sensor chip based on nanomaterials. The highly sensitive, energy-efficient and easily scalable Smell iX16 is the world’s first multi-channel gas detector chip for the mass market. The odor sensor can be used in a wide range of applications such as quality assurance, food production, hazard control and health care. The company also develops the AI-based software Smell Annotator, which is designed for both proprietary and open source applications. The seed financing of the start-up was secured by the Technologiegründerfonds Sachsen, the TU Dresden Aktiengesellschaft and a private business angel. Current pilot projects are currently running at the German electronics manufacturer Turck duotec GmbH, the American sensor manufacturer Centaur Analytics Inc. as well as at the Technical University of Dresden and the Technical University of Munich. 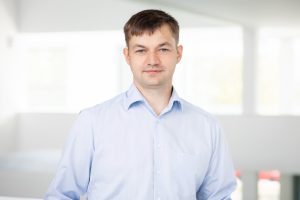 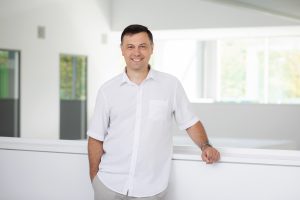 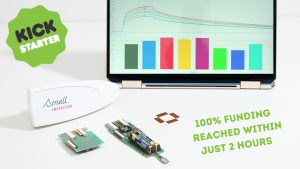