– Retargeting is the key to more efficiency in mobile app marketing

After launching an app it is essential to build up quickly a relevant user base. That is why user acquisition campaigns got so popular in mobile app marketing during the last years. But due to the increasing competition in the app stores, the costs of attracting new users are on the rise. In some highly competitive areas, e.g. the gaming sector, it can happen, that the average costs to gain a new user are higher than the average revenue per user (ARPU), according to SuperData.

At the same time the sleeping potential within an app’s user base is quite high: Localytics found out that 22 percent of all users open an app just once after downloading, 66 percent open an app only ten times or less. User acquisition is still indispensable during the launch phase of an app, but the key to more efficiency in mobile app marketing is retargeting. The cost of reactivating an existing customer is up to 95 percent lower compared to the cost of acquiring a new customer. The solution to handle the rising costs in mobile app marketing is a strategic mix of smart user acquisition and highly effective retargeting campaigns.

Due to different tracking standards and privacy related issues, creating a universal standard for user identification was a major challenge for a long time. But without a proper tracking it is not possible to identify a device accurately – which is a necessary requirement for retargeting. Tracking in Android was never an issue but it took a while until Apple came up with an identifier that meets the requirements of both sides: the users and the advertising industry. The two established device IDs are now IDFA for iOS and the Advertising ID for Android. Secondly, to be able to fully leverage the capabilities of mobile retargeting, it is essential to have access to a huge amount of traffic and to deliver ads in real-time. With the development of mobile DSPs it is nowadays possible to deliver banners to specific device IDs in real-time.

The advertiser provides a list of device IDs of its app‘s users to the mobile DSP platform. In a first step users are divided into different cohorts based on their previous actions within the app such as in-app purchases, used functions and search queries. In a second step different retargeting banners are designed based on user interests and behavior and served to individual user cohorts, thus increasing conversions. Using device IDs, users can be identified and assigned to different user cohorts when visiting another app. And finally the free ad space is bought through the mobile DSP that delivers the customized banner in real-time.

As one of the first players in the market Trademob gained experience with mobile app retargeting during closed-beta campaigns for clients already in April 2013. After the official launch in September 2013 Trademob is now publishing the first results of mobile app retargeting campaigns and shows that the conversion rates are up to 300 percent higher than in usual display campaigns. Trademob analyzed its mobile app retargeting campaigns, which ran in January and February 2014, and is able to provide average values for three industries (travel, e-commerce, classifieds): The cost per reactivated user lies between $ 0,82 and $ 1,56. A reactivated user is defined as one who opened the app at least three times or reached a certain stage in the sales funnel. The cost per action (CPA) of retargeting campaigns e.g. in the travel industry is 10 up to 15 times less than the CPA of usual display campaigns.

About Trademob
Trademob is Europe’s leading technology expert in mobile app marketing. From planning an app launch to re-engaging users and maximizing revenue, the technology company helps build an app marketing strategy from day one and finds the right media mix for every stage in the app marketing lifecycle. Coupling the world’s largest mobile inventory with its own pioneering mobile advertising technologies, the company achieves a maximum volume of high-quality users and revenue for its clients. By leveraging real-time bidding and retargeting through its proprietary technology platform as well as unmatched industry expertise efficient and effective app marketing is achieved. Trademob plans, tracks and optimizes mobile user acquisition and re-engagement campaigns across more than 250 mobile ad networks, RTB exchanges and media partners, reaching over 1 billion iOS and Android users.

Founded in 2010, the venture-backed company is headquartered in Berlin, servicing a multitude of international clients. Trademob serves world-renowned brands such as eBay Classifieds and bwin.party. 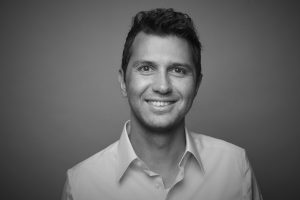 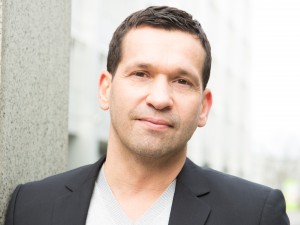 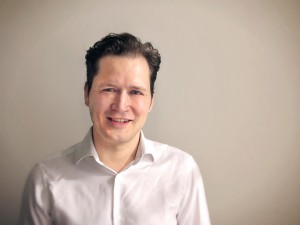 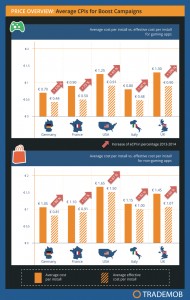